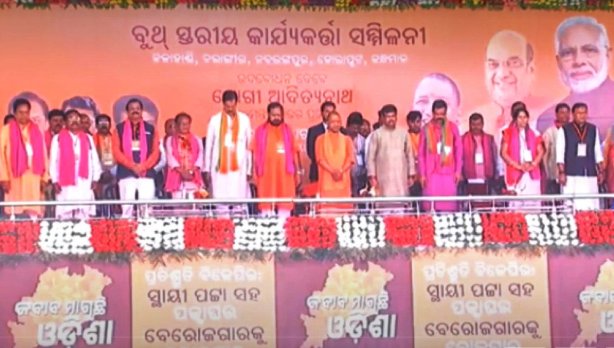 TNI Bureau:  Dear Readers! Here are the Afternoon News Bulletin on Odisha, India and World by The News Insight.

—   State government directs college authorities not to allow lecturers to take leave during Plus Two Exam 2019 in Odisha.

—   Bomikhal Flyover in Bhubaneswar to open for public today.

—   Odisha Crime Branch to probe seizure of Rs 10.90 crore from car in Chhattisgarh’s Mahasamund district which was on its way to Agra from Cuttack.

—   Odisha CM inaugurates a slew of projects and lays foundation stone for projects worth Rs 271 Cr in Puri district.

—   Constitution Bench to hear Ayodhya land dispute on February 26, 2019. The Bench to be headed by CJI Ranjan Gogoi.

—   Curfew relaxation extended till 3:00 pm today in Jammu; Internet services have been restored at 2G Speed.

—   There are chances that the India-Pakistan World Cup clash will be discussed on the sidelines of ICC meeting to be held in Dubai from 27th February: ICC sources.