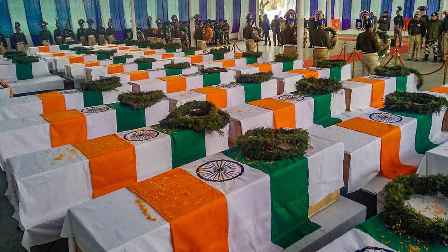 The News Insight: When 40 CRPF jawans were killed in Pulwama on February 14, the CRPF tweeted a message – “WE WILL NOT FORGET, WE WILL NOT FORGIVE”. And, our Security Forces did exactly what they promised to the kin of Veer Jawans as well as the nation.

In 4 months, all terrorists involved in Pulwama terror attack, have been eliminated.  Adil Dar, Mudassir Khan and mastermind Kamran alias Rasheed Ghazi were gunned down earlier. The last man, Sajjad Bhatt, whose vehicle was used in Pulwama, was gunned down in an encounter in Anantnag today.