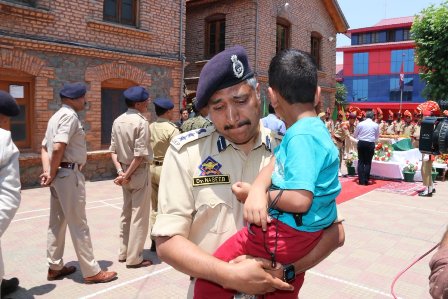 The News Insight: Whenever there is election, Politicians indulge in chest thumping, take credits for the hard work done by the Security Forces and roam around wearing camouflage. Once elections are over, it will be business as usual for them.

Home Minister of the country finds time to tweet on Indo-Pakistan cricket match, hailing the victory as another surgical strike. But, he does not bother to tweet on Anantnag Terror attack that leaves 5 CRPF Jawans and a J&K Police SHO dead.

Wish this photo of innocent son of SHO Arshad Khan turning back to look at his father’s coffin for one last time, could change things.